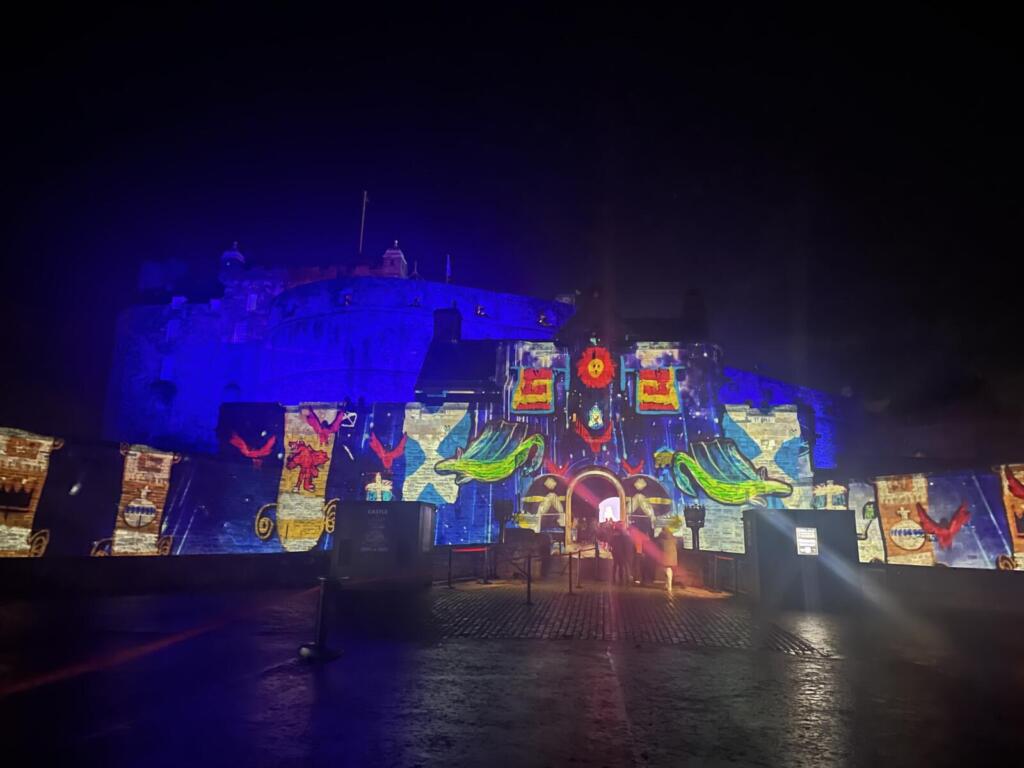 Castle of Light is in it’s third year and a #dotScot delegation has attended all of them. This year we were represented by two parents and Sienna, our one year old, whose job it was to provide a new perspective. The full title of the 2022 edition is ‘Castle of Light: A Kingdom of Colours’ and (spoiler) it’s the best one yet.

Firstly, we were treated to the wonderful artwork by pupils of nearby Royal Mile Primary which danced around the Gatehouse Walls, turning them into a veritable feast of colour and light. Beyond the castle entrance, we were welcomed the by the (very) animated Rex the Rampant Lion who provided an introduction to the trail, helped (though Rex might say hindered) by his unicorn friend. Rex and Unicorn got the party started with tartan hats and dj sets. 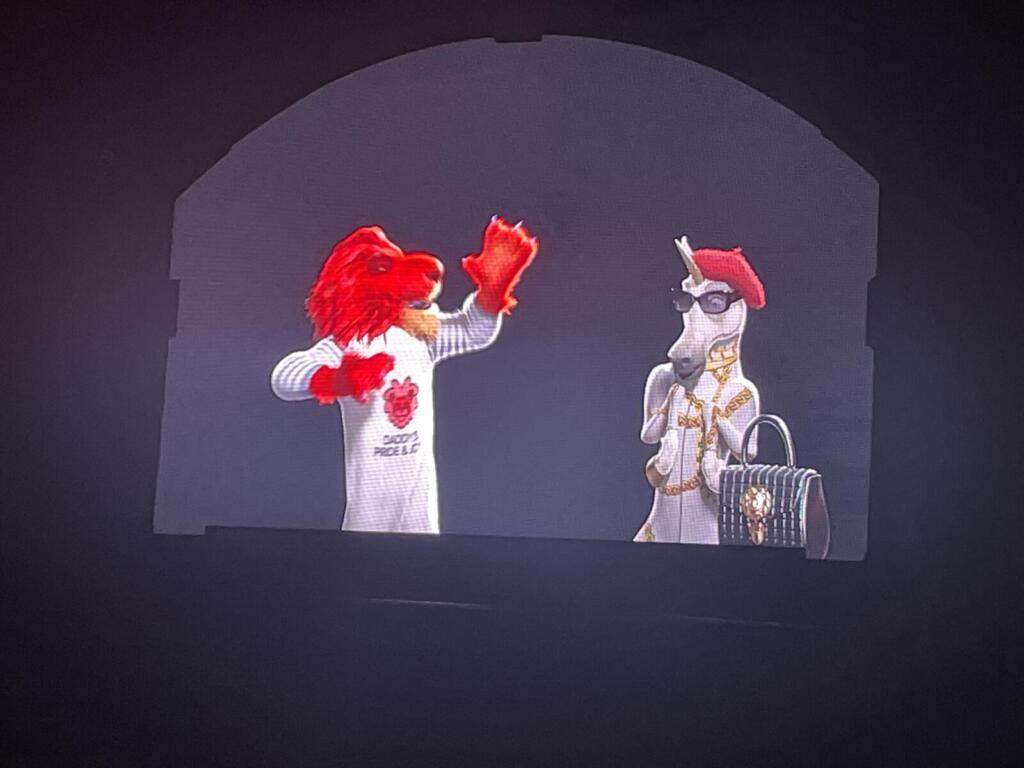 Onwards and upwards we ploughed, becoming fully engaged in the enchanting atmosphere. The animations appeared to be moving through themes, all bound together by the overarching theme of colour. There was a nod to video games, with fun animations of Rex jumping over obstacles and collecting gold coins Super Mario-style. 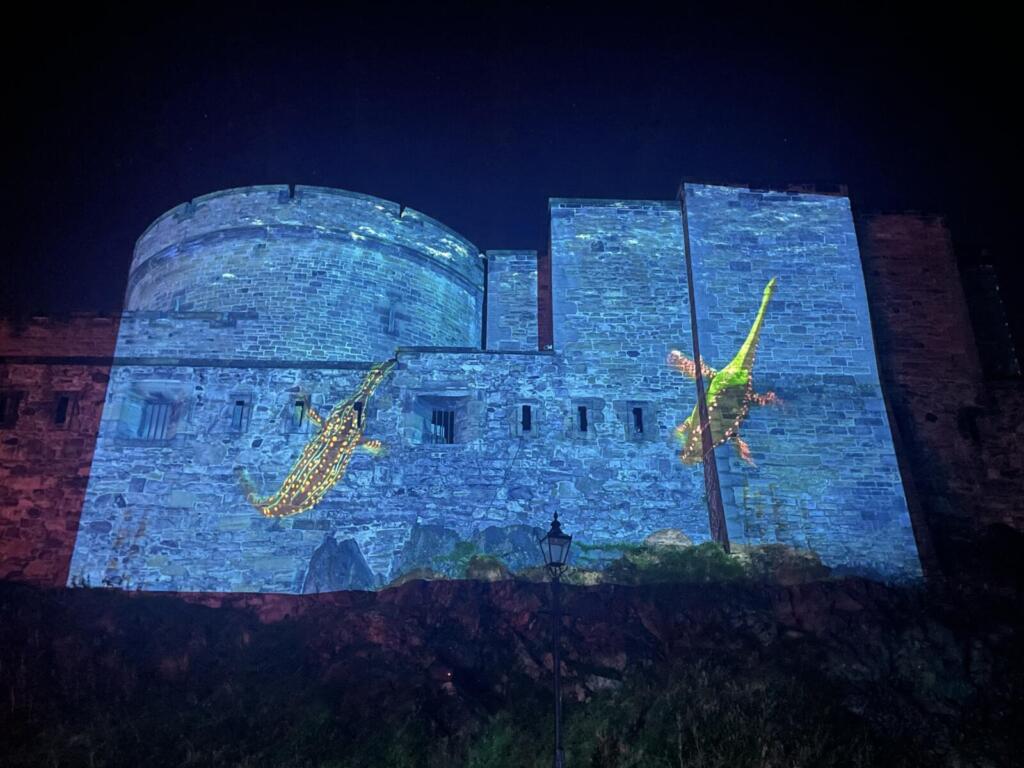 There was lots of history, of course, with the vibrant colours of Scotland at the centre of each spectacular installation. The displays held strong to myth, legend, sea, land and light, all with a contemporary twist. Myth was represented by Nessie performing an interpretive dance with a fellow sea monster pal. The deep blues and bright colours of the sea were also explored with gentle animations of orange sea horses bobbing in formation. Also shown were the colours of Scotland’s everlasting winter, with magical animations of bright red tin soldiers in the snow. There was a wonderful poem by Elspeth Murray which accompanied a ghostly ballet; spectral figures pirouetted beautifully in time with the words. It was also great to see poppies and remembrance which have been a feature of all three editions of Castle of Light. 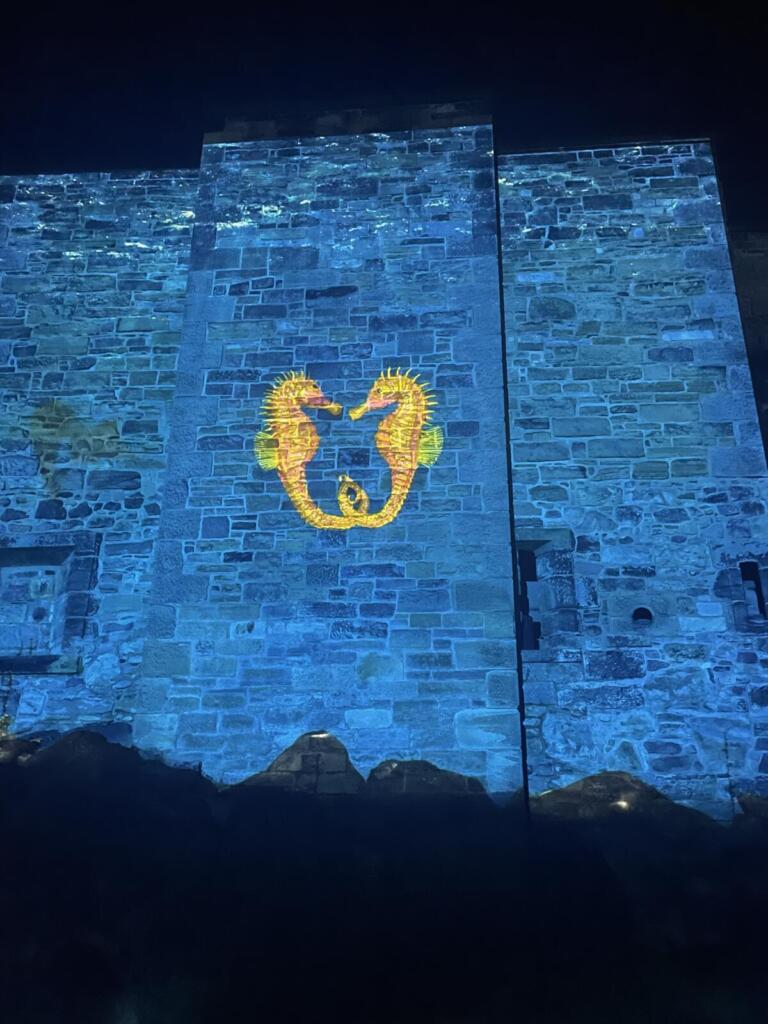 Near the top of the castle we got our aura read and after the lights flashed through every conceivable colour, we all came up as pink, which indicated kind, loving and optimistic personalities. Up until that point, the focus had been on the exterior lights of Scotland’s lands, and the sudden emphasis on people’s inner lights was a lovely touch, if overly generous in the machine’s assessments. 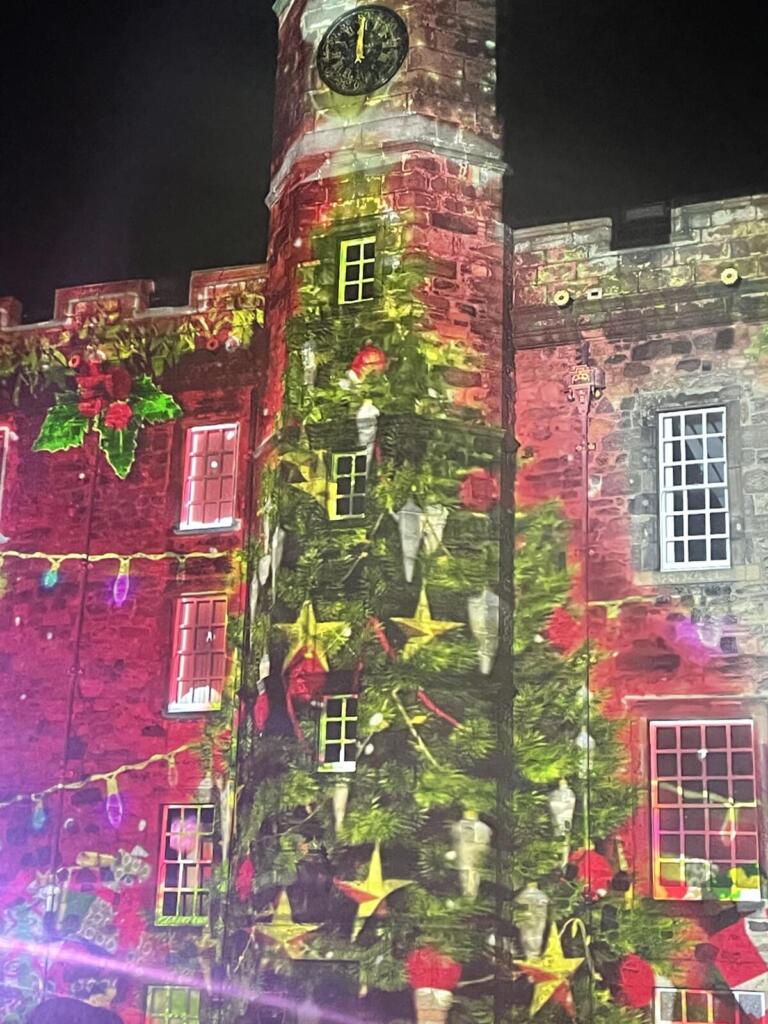 It’s hard to pick a highlight from all this and Sienna gave the baby thumbs up from the moment we hit the esplanade. However, the most unforgettable experience was probably at the Royal Palace where a colourful survey of some of the (mostly) chancers and nasties associated with the castle over the centuries suddenly segued into the Rolling Stones ‘She’s a Rainbow’. Before Mick could finish explaining that ‘She comes in colours everywhere’ Sienna was on her still-tottery feet, dancing and throwing her arms around as if it were 1967.

The displays left us feeling happy, Christmassy and appreciative of these outstanding interpretations of Scotland’s myth, history, geography and spectrum of colours.

For more on Castle of Light visit edinburghcastle.scot