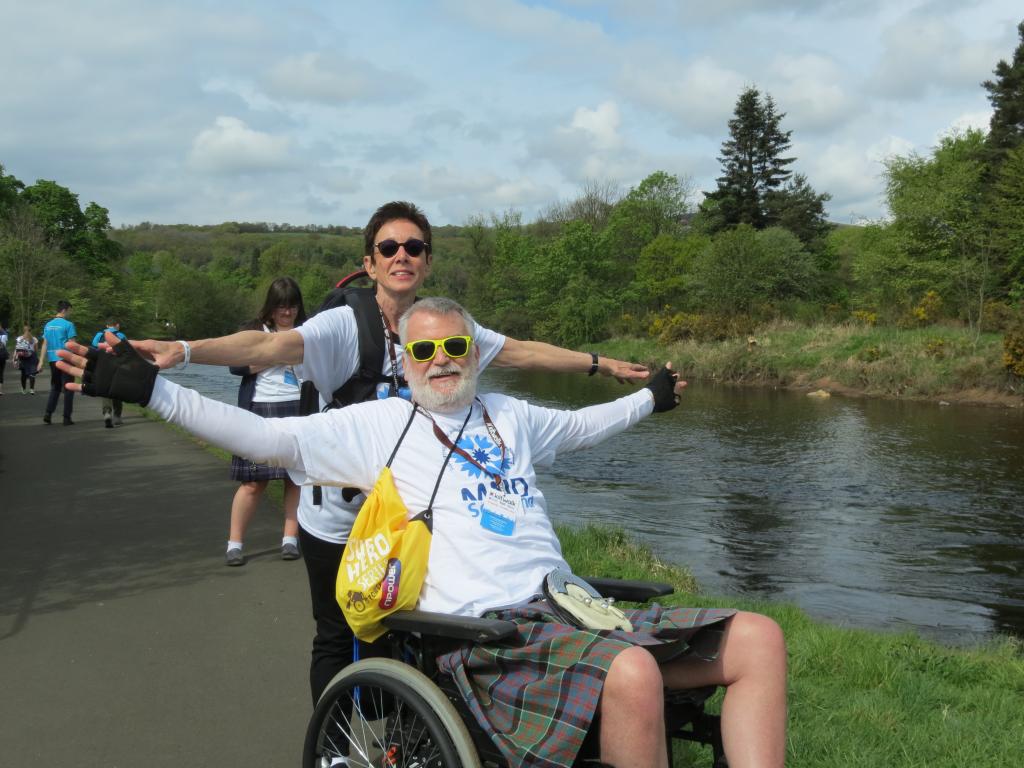 In 2015 Iain McGeachin was diagnosed as having spinocerebellar ataxia. A very rare, incurable and progressive neurological condition which he was told told would eventually see him in a wheelchair (it now has). Since his diagnosis, Iain has been working to raise awareness and fundraise for Ataxia, Fareshare and other good causes using ataxia.scot.

This is his remarkable story. 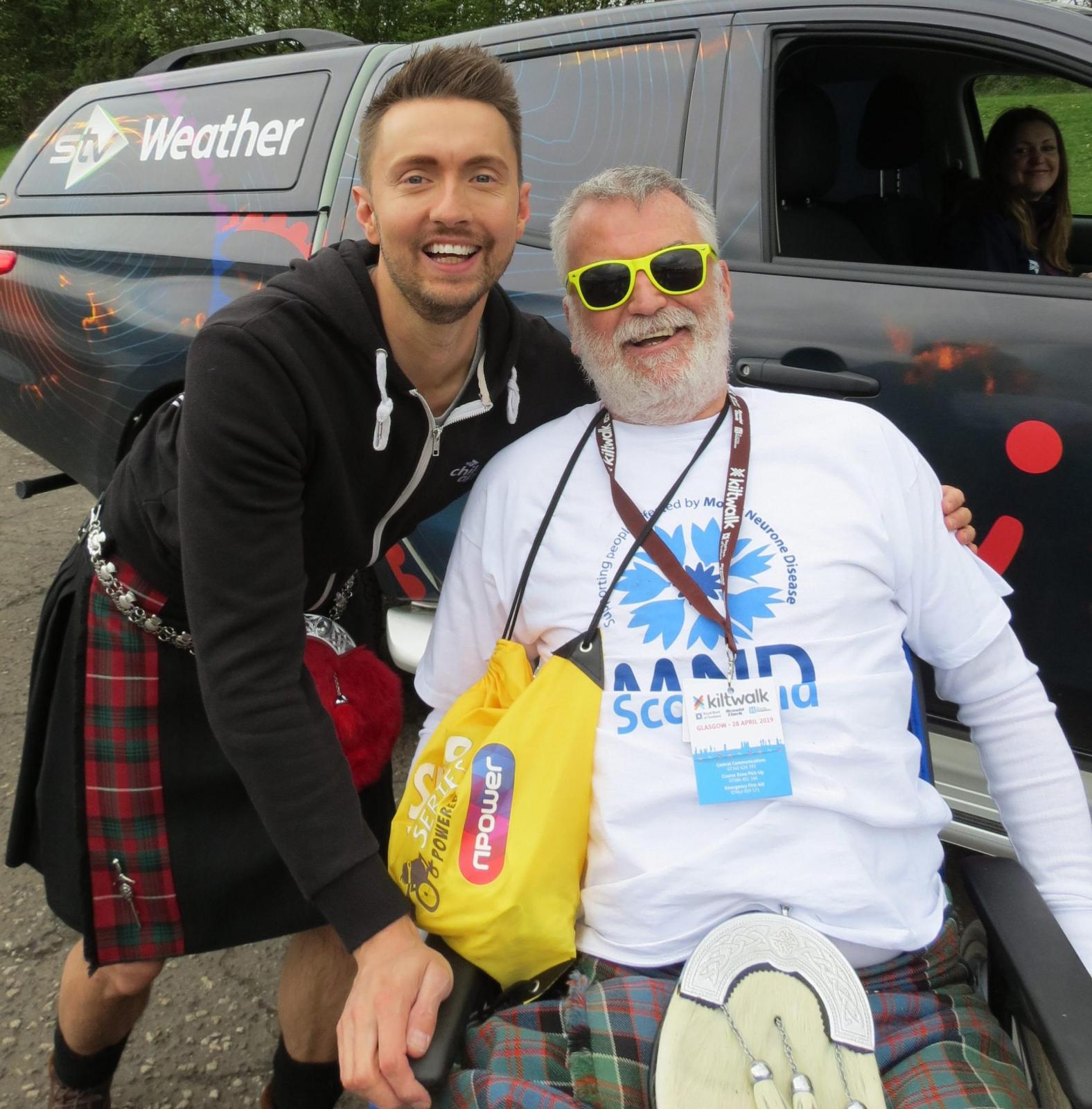 We first met through your website, ataxia.scot but one of the first things you got involved in was walking to raise funds for Ataxia and then Fareshare which redistributes good quality surplus food to charities. How did that all come about?

Wanting to raise funds for Ataxia UK, I walked in various places in the UK and in Europe. When I was first diagnosed, I could still walk for long distances although as time passed I had to rely more on my walking stick. The longest of these walks, was a 500-mile walk down the Mediterranean coast of Spain in 2016..

For help with accommodation I turned to the Couchsurfing community . The sharing of food (and a contribution to its preparation/cooking) is a common way for Couchsurfing strangers to bond. It was through this that I became more aware of FareShare.

I was also looking to raise funds for a non-medical charity at that point. After raising funds for Ataxia UK, I raised funds for MND Scotland as a one-off at the Glasgow Kiltwalk. But I was now “sick of being sick” (if that makes sense). However, fundraising had become something of a personal obsession, providing me with a sense of still being valuable to the community that now supported me.

This year I will again be taking part in the Glasgow Kiltwalkand have also decided to take part in the Edinburgh Kiltwalk. You can find details of some of my previous walks in my blog. 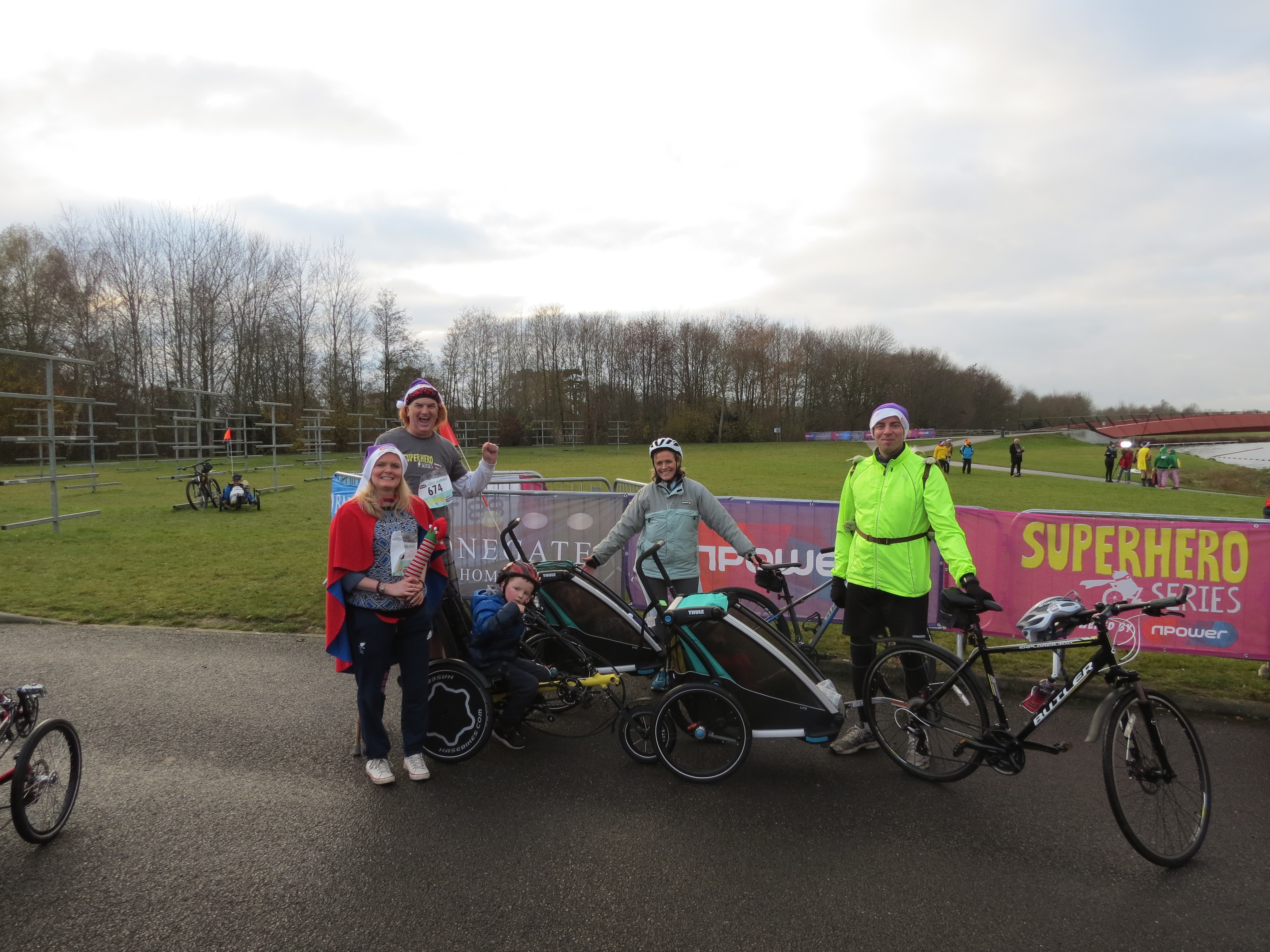 At some point, you came up with the ‘Ataxia Book Fairy’ idea and that has been incredibly successful. Can you tell us a bit about how it works?

Yes, books are are at the heart of my future fundraising plans. When my wheelchair finally became a necessity in 2018, I wanted to continue fundraising. But due to my newfound mobility restrictions, I needed to find a way that didn’t actually involve me going anywhere. After a lot of thought, the “AtaxiaBookFairy” was born!

I was already aware of the “book fairy” concept (new books are left in various public places for people to find, read, then leave elsewhere for others to enjoy too). At first sight, there was no obvious fundraising opportunity in this. But after a bit of thought, an idea formed.

I would obtain books from prizes in social media competitions and then add a couple of stickers to each book; one on the front cover which told people that it was a free gift for them to take and another on the inside cover which directed them to leave a donation to FareShare if they wanted to show their gratitude. This label also encouraged finders to leave their social media details, in the hope that a conversation ensued on social media,every time a book was found. I would then have friends in various places in the UK leave the books. I was only expecting to win 2 or 3 books each month, so this would be a fairly simple way of distributing them nationally.

However, it got very popular, very quickly. Publishers would see me entering a competition to win one book and, outside of the competition, would send me a copy (and in some cases, even a BOX of books). I now had an issue with distribution. Friends wouldn’t be friends for too long if I was constantly sending them a load of books to leave. So I started giving books away at the rate of one a week in my own Twitter competitions.

This had its problems though. I was now receiving between 20 and 30 books every month. And there was no way that I’d clear the ever-growing pile of books if I just gave one away every week. There was also the issue of cost. It was costing me up to £3 in postage for each book.

The answer was to dispose of the books in larger lots. I found out that it would cost me just £7 to post a box of up to 20 books, using another carrier. And better yet, they would actually collect the boxes from my home. I am now asking publishers/writers for TWO copies of each book that they donate. The first copy is given away by myself in a Twitter competition. The second copy is sent directly to one of the FareShare regional branches, to be given to the volunteer workers there. Both copies of the books are labelled before I send them on.

And these “competitions” on Twitter are not so wee. The previous competition (at Christmas) had a prize of 83 books, some of them signed. The current competition already has a prize of 30 books and I will be adding books right up until the Edinburgh Kiltwalk in September. 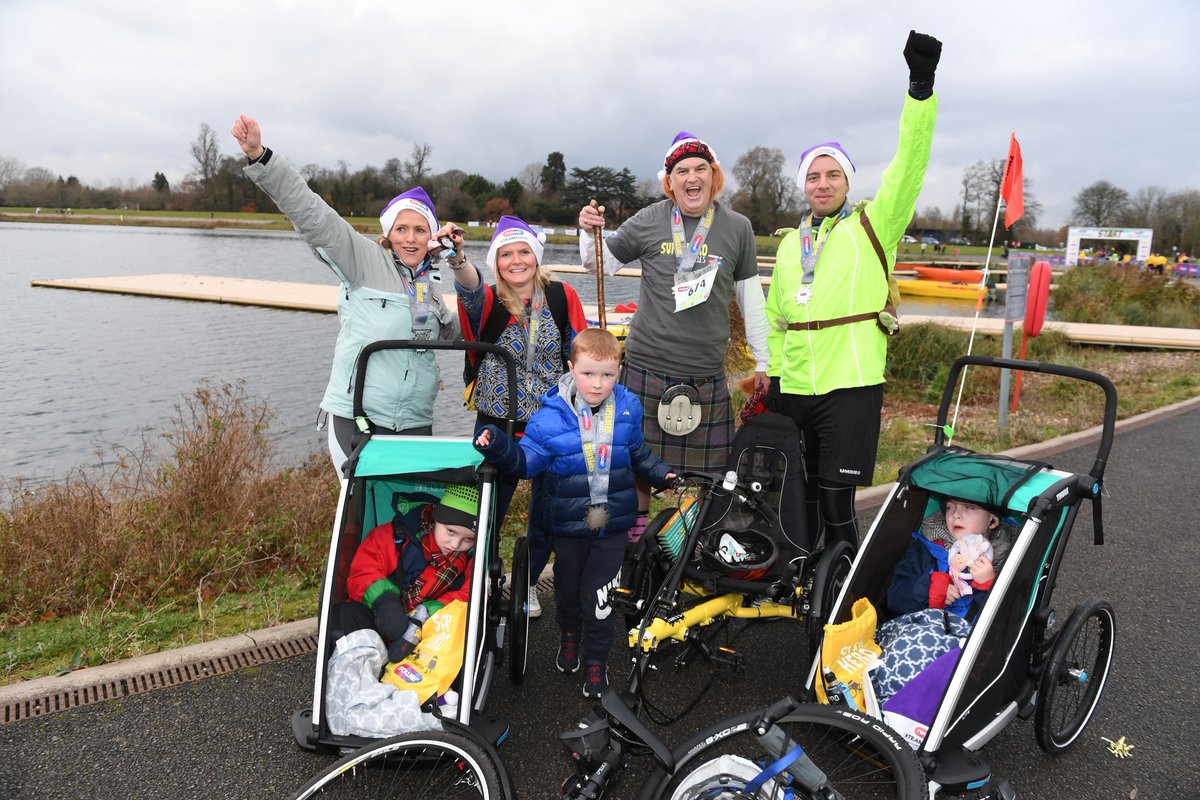 And in addition to all this, you are doing some work on accessibility awareness?

Yes, after the Glasgow Kiltwalk last year I made a rail-trip around Scotland with my friend Sonja who had flown from Portugal to help me. It was to thank Sonja (she pushed me for 6 miles) but also to showcase the accessibility features of trains. ScotRail really “do” accessibility well.

This year we will be casting the net further afield (after the Glasgow Kiltwalk, and, again, before the Edinburgh Kiltwalk). We plan to showcase the best accessible features of trains throughout the rest of the UK, and in Europe. The idea is that by showing the best practices of one rail company, it encourages other rail companies to do the same. Some of the media coverage can be found on my ataxia.scot site. 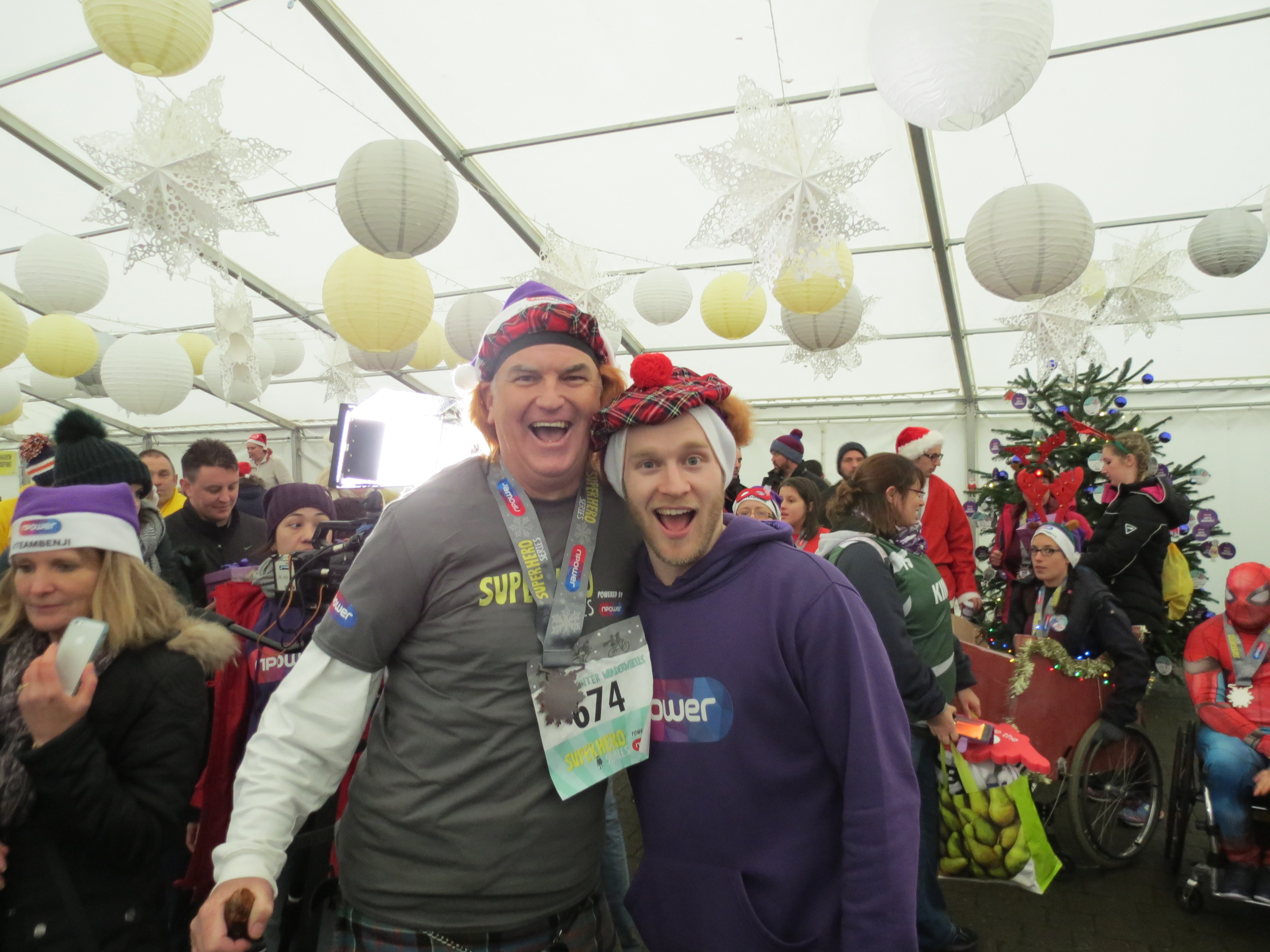 What have you learned from all the volunteering and fundraising that you have done?

By volunteering/fundraising, you learn a LOT. You learn about the charity itself; about the people that the charity helps; and, most importantly, you learn positive things about yourself. You meet people who almost universally and genuinely, boost your sense of self and help you believe that your contribution to the welfare of others can be pretty vital. But, more than anything else, you learn that volunteering/fundraising is FUN. 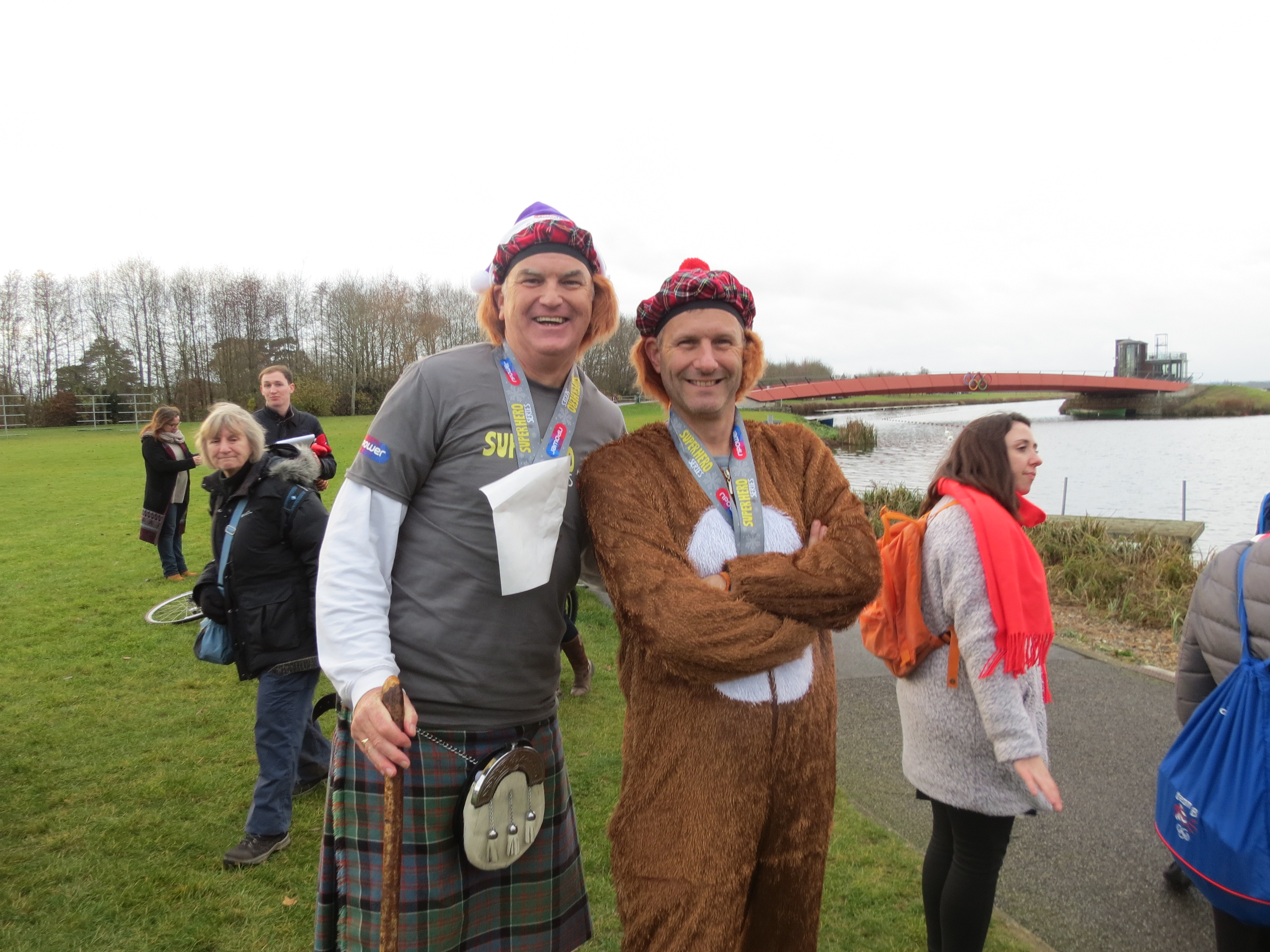 What ideas do you have for future fundraising?

Books. And trains. I’ve always had a love of train travel. I’m not the kind of guy who hangs around at the end of platforms though, just not really interested in the actual engine that is pulling the train. What I am more interested in is where the train goes and in the people that I meet getting there. It was this love of train travel that resulted in my 2013 “round the world by train” trip (the trip that I was in the middle of when ataxia first reared its ugly head).

I’ve also still got that original “AtaxiaBookFairy” idea in my head now though. Every time a book is found, the finder is made aware of the word “ataxia” (and in a pretty positive way). And this is something that I want to encourage. Ataxia is a rare condition and that makes it harder for researchers to fund their work into finding a cure, especially when so few people have even heard the term. Ataxia UK did a survey a few years ago which showed that 91% of people hadn’t even heard of the condition. Don’t feel bad if you haven’t either – it was news to me when I was diagnosed. So raising awareness of ataxia is very important to me, hence the ataxia.scot website. 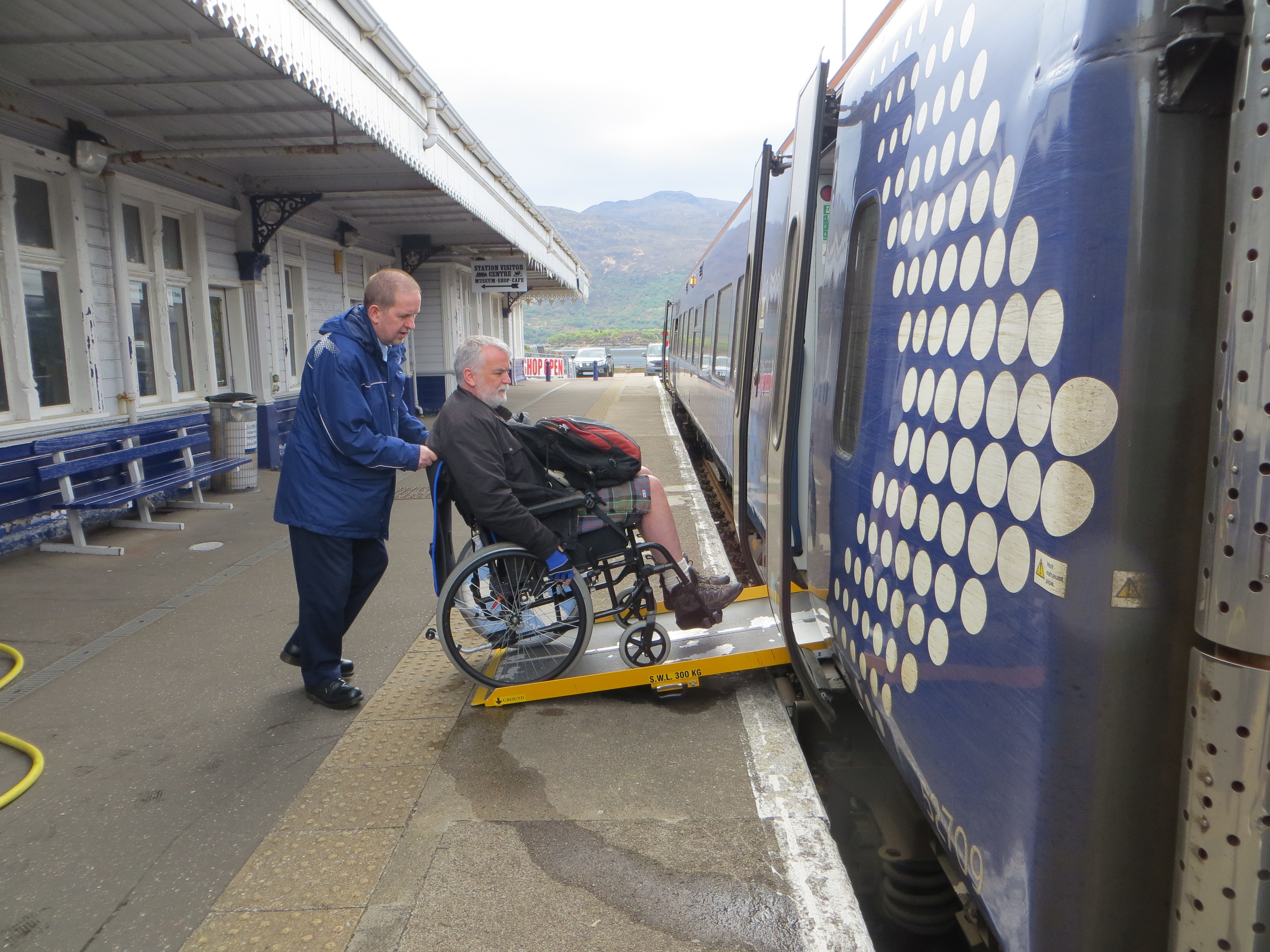 We love that you use a .scot domain to highlight all this great work. Ataxia.scot is concise and expressive and seems to sum up who you are and what you do. What made you choose it?

Ataxia is a rather rare condition so it is just as important for me to raise awareness as it is to fundraise. I wanted to encourage people to talk. In addition to talking to the people I met while “walking”, I also wanted to attract as much media coverage as possible (more media exposure meant more donations received). which is why I always wore a kilt while walking with my stick. All this helped me to raise £1,100 for Ataxia UK – as well as raising an enormous amount of awareness while I walked.

And I soon picked up a nickname on these wanders: The Kilted Walker. I had a .com website name reflecting this, and a website where donations could be made online. When my condition progressed to the stage where I needed to use a wheelchair though the “walker” part of the name was now rather redundant. I could either continue using the .com website – which had the advantage of continuity, but the disadvantage of confusing people (“why is a ‘walker’ using a wheelchair?”) – or start a new website completely. I decided on the latter.

But I also wanted to maintain the “Scottish” connection. The Scottish “brand” is strong abroad – especially in matters social and FUN. Using a “.scot” name (ataxia.scot) would also allow me to “future proof” any new website that I would use. The Union might not end in my lifetime, or it might end this year. Who knows? What I do feel though, is that it will end eventually. So I felt that using a “.uk” would be pretty pointless in the long term.

As well as enabling me to continue with the Scottish “theme”, a “.scot” website also had another rather huge advantage: More names are available to register. So I could register “ataxia.scot“. This would allow me to concentrate more on the name of the condition, rather than on my fundraising activities for this condition.

Ironically, it also allowed me to raise funds for OTHER causes and still raise awareness of ataxia at the same time. This opens up a whole new world of fundraising possibilities! 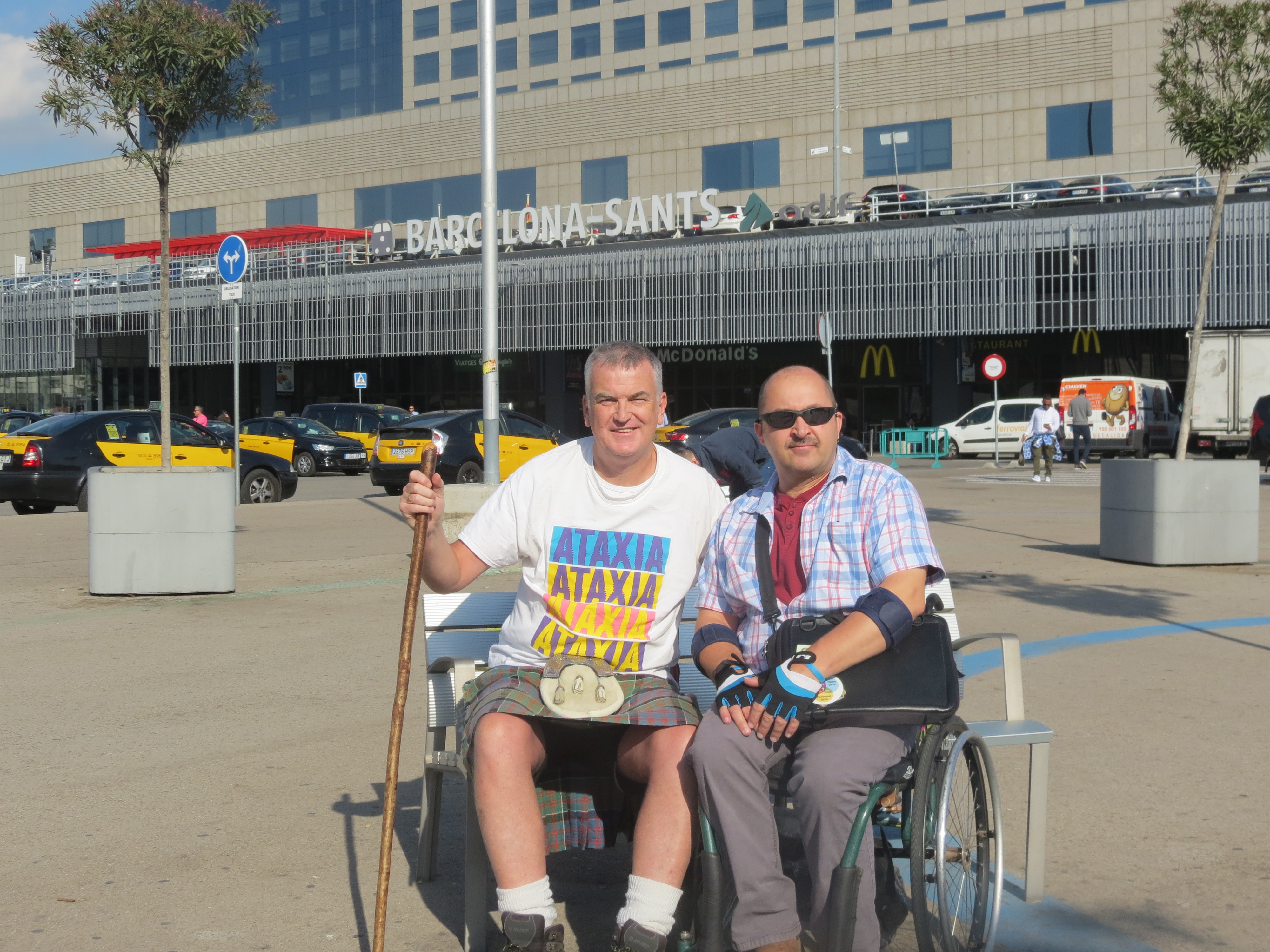 To find out more, go to Ian’s website, Ataxia.scot.