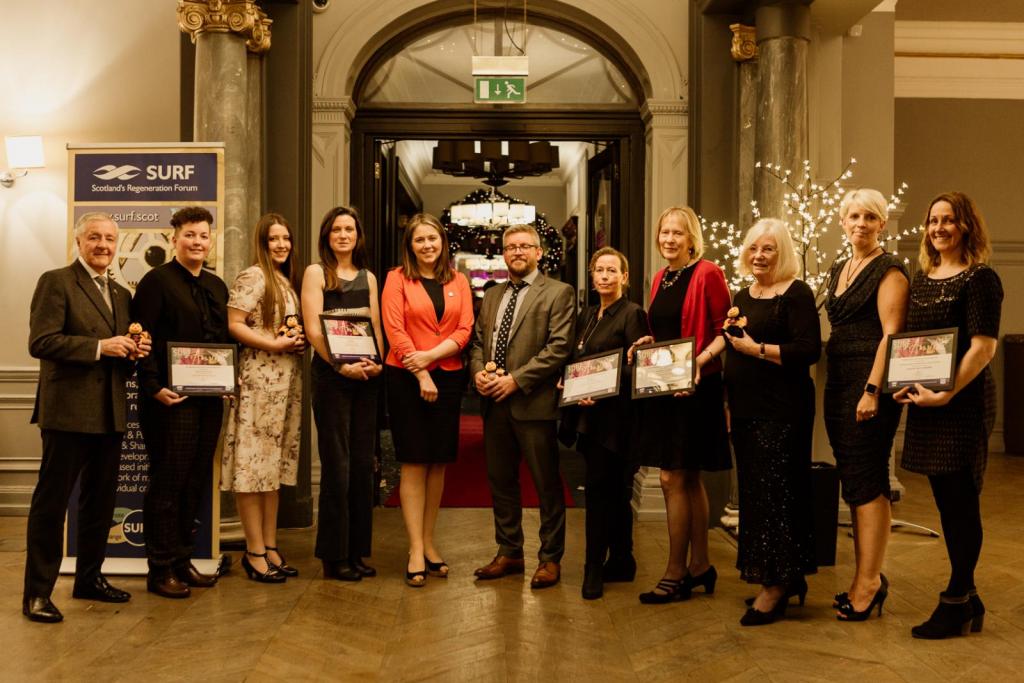 SURF – Scotland’s Regeneration Forum – is a registered charity. Its overall objective is to help reduce poverty in Scotland’s most disadvantaged communities.

SURF has over 300 members, which all share an interest in improving policy and practice in community regeneration in Scotland. They range from small community groups to large private companies, and also include local authorities, housing associations, health boards, academic institutions and other charities.

SURF’s output includes policy campaigning, seminars, conferences, study visits, research, the annual SURF Awards for Best Practice in Community Regeneration, an online journal, a place programme called the Alliance for Action, and the distribution of comment and information in a variety of formats.

By exchanging knowledge, experience and ideas across its diverse network, SURF supports the work of its members and assists the development of more successful and sustainable community regeneration. SURF works closely with the Scottish Government and other public agencies to promote improvements in policy and practice. 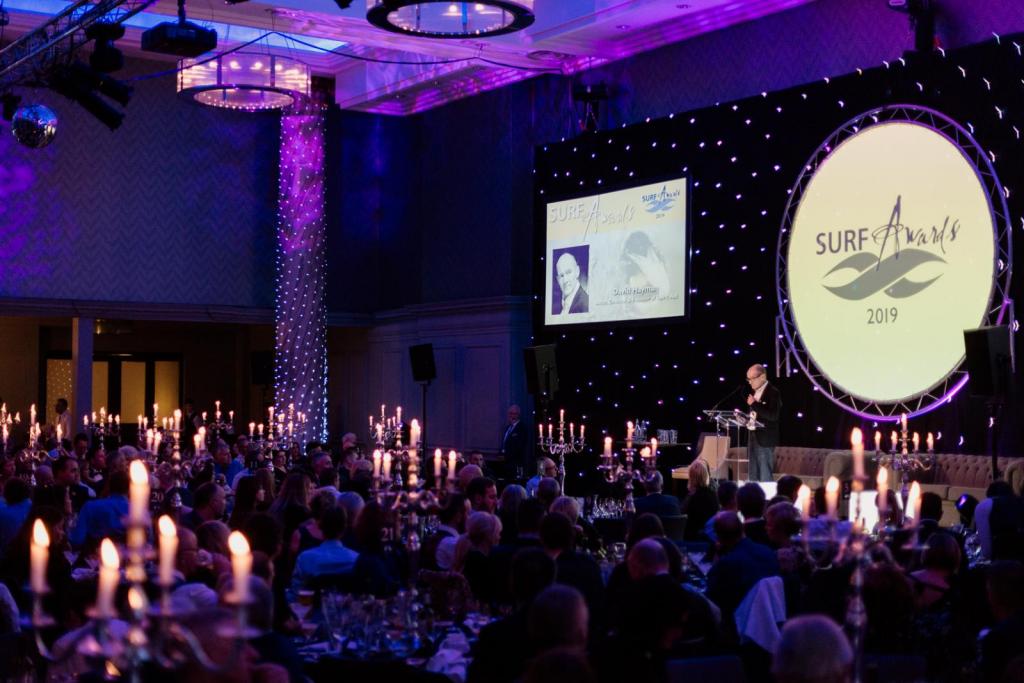 The Scottish Urban Regeneration Forum was created in 1992, a name that came with the memorable acronym of SURF. SURF initially focused mainly on regeneration needs and activities in the post-industrial west of Scotland, operating from two founding principles:

• Sustainable regeneration is only possible when a place’s physical, social and economic problems are addressed at the same time;

• The people who are the intended beneficiaries of any regeneration effort must be meaningfully involved in its planning, implementation and maintenance.

By 2010, SURF had become a truly national body, and was closely engaged with regeneration efforts all over Scotland, including rural areas in the Highlands, islands, and Scottish Borders. At this point in time, the SURF Board felt that ‘urban regeneration’ was no longer fully reflective of SURF’s national focus, and it was agreed to change the name of the organisation.

The organisation is now known as “SURF – Scotland’s Regeneration Forum”, reflecting its nationwide focus on both urban and rural regeneration challenges, and retaining the name SURF by which its members and wider contacts have continually referred to the organisation.

It was agreed that the domain name SURF had been using since the 1990s – www.scotregen.co.uk – was less than ideal. ‘Scotregen’ had been used instead of ‘SURF’ as a shortened version of its full name, because a certain laundry brand had already taken SURF.co.uk.

The original domain looked like it belonged to a UK-wide body called Scotregen, not a Scottish organisation called SURF. This is why SURF followed the announcement of a new top-level domain for Scotland with keen interest, and happily secured www.SURF.scot in early 2015, within months of the dot scot launch. It has been used ever since as the address for SURF’s website, promoting news, events, publications and a range of other content relevant to those interested in community regeneration in Scotland.

The new SURF.scot domain could not be clearer about SURF’s name and geographic sphere. We are pleased to be one of a growing number of dot scot adoptees, including: the Scottish Government (gov.scot), our SURF Awards and Alliance for Action project partner; the Scottish Parliament (parliament.scot), whose politicians, Committees and Cross Party Groups SURF regularly submits formal evidence to; and the Scottish Index of Multiple Deprivation (simd.scot), a statistical tool widely used within the SURF network to inform the targeting of regeneration investments.

What’s Next for SURF?

The SURF network is highly concerned at the potential of the COVID-19 epidemic to exacerbate existing health and economic challenges in the poorer parts of Scotland.

SURF is seeking to help the Scottish Government, and other key regeneration partners, to build back better by connecting with, learning from and sustaining the front-line examples of community resilience we have been gathering throughout the crisis.

To this end, SURF is facilitating an alliance of community groups, local authorities, national agencies and funders in direct response to COVID 19’s disproportionate impact on the poorest. Our COVID-19 Cross-Sector Connector Service will promote unprecedented levels of collaboration and cooperation in Scottish place-based regeneration, with a view to shaping a better future for the nation’s most vulnerable people and places.

Find out more about SURF’s ‘Building Back Better’ plans at:
www.surf.scot/building-back-better/