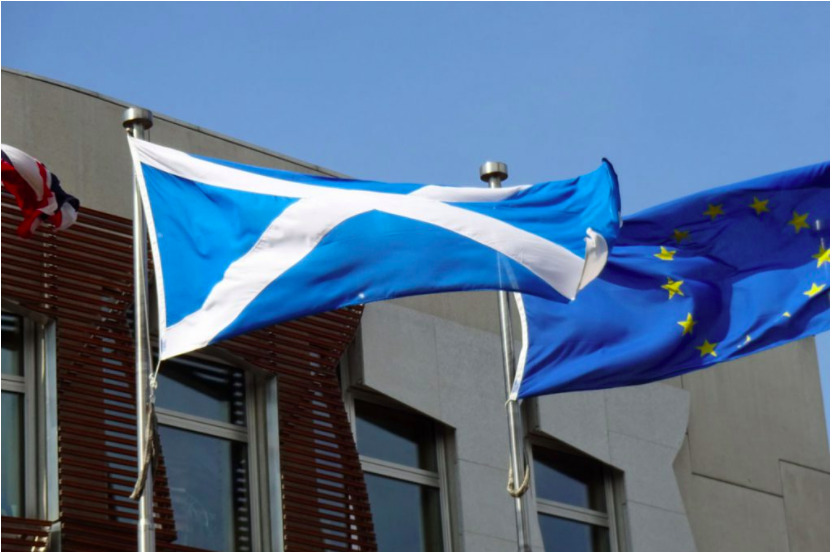 dotScot and the Scottish Centre on European Relations

I founded the Scottish Centre on European Relations in March 2017. It was (and remains) Scotland’s only European affairs think tank (although the Scottish Global Forum had covered international affairs more broadly). Given the importance of the European Union to Scotland, and the 2016 Brexit vote, it was an important moment to aim to fill a gap in Scotland’s policy and think tank environment and to provide high-quality and up-to-the-minute European policy research, analysis, commentary and expertise in the Scottish context, not least since Scotland (like Northern Ireland) had voted to remain in the EU.

What kind of work has SCER been doing since its inception?

SCER established itself rather rapidly as a go-to source for serious and in-depth analysis both of Brexit and of a whole range of other European and international issues. Our website published a range of high-level, expert authors from Scotland, and more broadly across the EU and the rest of the UK, notably through specific, topical blogs and comment pieces.

SCER’s key publications have, throughout the last 4 years, been its in-depth policy papers and edited reports. These have ranged from the implications of Brexit for Scotland to a major report on the Future of Europe (ranging across topics from foreign policy to human rights to industrial strategy to climate change). More recent reports include a major one in March 2020 that brought together top experts to look in detail at different aspects of the issues and challenges raised if Scotland were to be independent in the EU. We also published a policy paper that month on how smaller EU member states act and build networks in the EU to maximise their influence and what Scotland could learn from them. And most recently we published a paper on how the EU now views the UK and Scotland post-Brexit.

We have always aimed to promote wide-ranging, well-informed public and expert debate on European and international issues. Throughout our four years, we put on over 40 events including large public events and smaller, expert and off-the-record roundtable. These were mostly in Scotland but we also held events in Brussels, Dublin and London.

We also regularly contribute to Scottish, UK, European and international media. There is, in particular, a lot of current European media interest in Scotland – both linked to the fact that support for independence increased in the second half of 2020 and as Scotland heads to the polls in early May.

What does the future hold for SCER?

European questions are not going away as the damaging impact of the EU-UK trade and cooperation deal starts to be only too evident (compared to being a member of the EU). How Europe comes through the Covid pandemic and how it ensures a green and substantial recovery is one of many key questions.

SCER hopes to continue to contribute to analysis and debate of all these key issues but currently is facing a funding crunch (not unusual, sad to say, in the Scottish think tank world). We have achieved a lot – time will tell if we can continue to add to that work.

We’re keen to promote .scot as a Europe-friendly domain. Why did you choose .scot as part of your internet identity?

Using the .scot web domain was a fairly natural step for us to take, as we were Scotland’s first EU think tank. It helped us showcase ourselves as Scotland-based and focused on Europe, but looking a lot to Scotland’s European contributions, interests, networks and challenges.