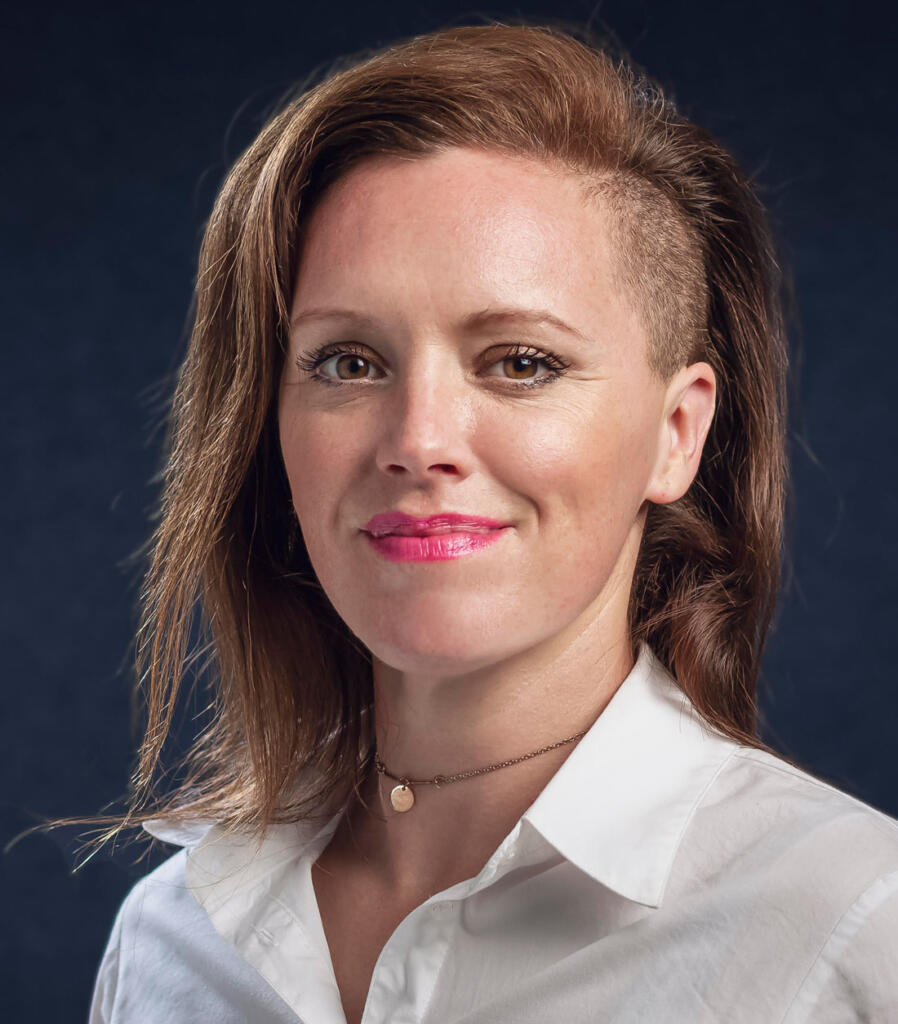 A graduate of Strathclyde University’s Business School in Glasgow, Claire hails from Menstrie, a small village on the outskirts of Stirling. She went to Alva Academy where she was elected Deputy Head Girl.

In her youth, Claire represented Scotland’s swimming team in butterfly. Her swimming career, whilst training out of City of Glasgow’s elite team, was cut short after suffering back and leg injuries in a head on car crash when she was 17. Typical of Claire’s determination not to let anything hold her back and whilst with a back injury, she took up her beloved football, going on to play for Stirling Albion, Dundee, Arsenal North and the Scotland University National Women’s team. Today, at the tender age of 39, Claire trains in mixed martial arts and competes in grappling where recently came 2nd in the under 60kgs ADCC world tour (South Africa). Forever a swimmer at heart however, in December 2021, Claire swam the 8km Robben Island crossing without a wetsuit in the Atlantic ocean to raise funds for charity. She completed the swim in 2.5 hours.

Claire moved to South Africa by mistake in 2007 and never left. After 5 years navigating a new country, learning the local cultures and gaining work experience in the events industry, she took the leap into entrepreneurship in 2012 with South African business partner Nicola Probyn. The pair haven’t looked back. A competitive industry, which they’re now regarded as one of the leaders, a pandemic and having 4 children between them wasn’t enough to slow Firecracker down.

Firecracker celebrated it’s 10th anniversary this year. With a healthy team in operation distributing event management and marketing work to public and private sector companies globally, Claire & Nicola always had the ambition to create an Africa wide business network. They launched their 2nd business in November 2019 – a new, proactive, contemporary, independently led and owned African business network that would represent the actual business ecosystem welcoming companies from all over the world. The African business network would be taken a step further to expand with Scotland, Claire’s native country.

As it’s that not enough to keep Claire and Nicola busy, they also launched a social development project called Ilumni Nation (lighting up the nation).

*South African community initiative, Illumi.Nation (www.weareillumination.co.za) facilitating open dialogue between young women (and men) as a means to combat and find solutions to ending violence culture in South Africa. Illumi.Nation events and platforms are led by a celebrity panel to ensure the conversation is inspired and directed into solution making.

Claire was nominated and appointed as a ‘Global Scot’ in 2021 by Scottish Government for her business contribution to her native Scotland and to her adopted country of South Africa. Global Scot is a prestigious government led, egalitarian business network of top Scottish business people globally.

Claire is the Vice Chair of South Africa’s only dual performing arts and business school NGO The Rainbow Academy. She works with Chair, Sanlam’s Nigel Suliman and CEO Denay Willie to lead the organisation into a scaleable and sustainable scholarship organisation to ensure disadvantaged talented youth are given social access and opportunity to study in a world class institution accredited by Trinity College London

She is mother to Eilidh, 4 and Caelan 2, and lives with her kids and life partner Bernardus.