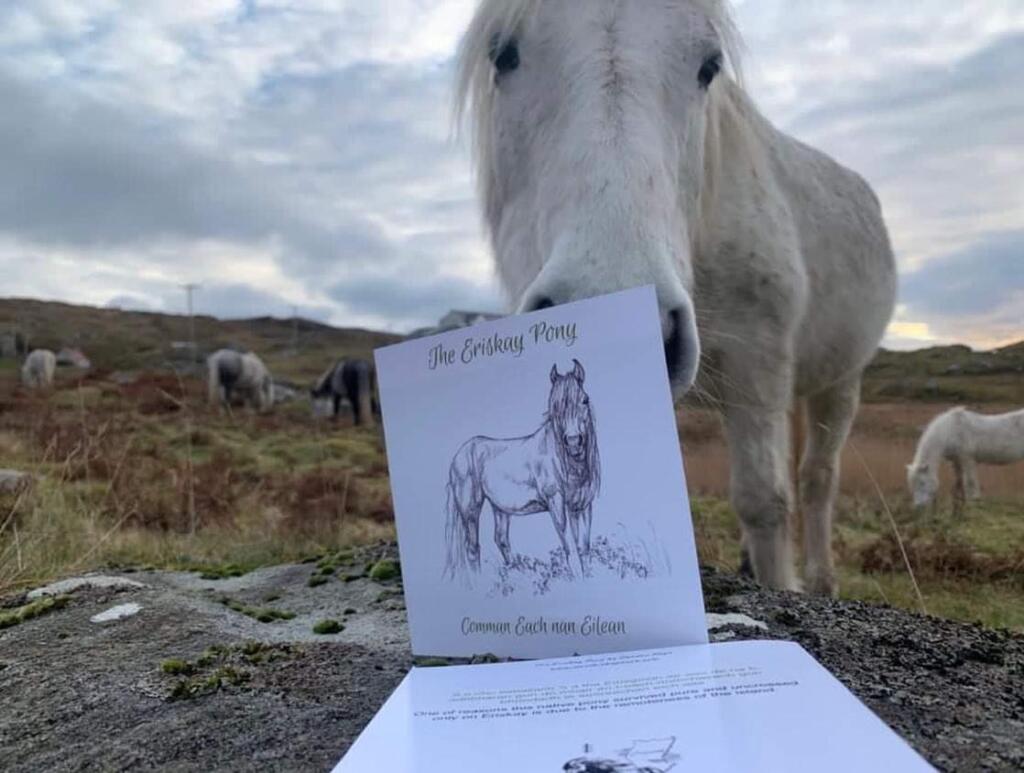 Comann Each nan Eilean – The Eriskay Pony Society is a charity founded in 1972 to safeguard and conserve the Eriskay Pony. It is the mother society and holds the Studbook of Origin for the breed. HRH The Prince Charles, Duke of Rothesay, has graciously been the Society’s Patron since 1998.

The Society is based in the Isle of Eriskay, in the Outer Hebrides, and is dedicated to preserving the Eriskay Pony in its native heath. Many committee members are islanders who grew up around the ponies, using them for croft work. We believe that it is vital to the maintenance of the breed’s character that any conservation work is rooted within the Western Isles, the pony’s natural environment.

The Society believes that the characteristics of the ponies change when bred in different environments as well as the activities they are suited to, such as conservation grazing and endurance riding, especially as the numbers remain low. To recognise this, the trademark ‘Seòrsa Gàidheal’ is attached to Eriskay Ponies born, bred and brought up in the Western Isles.

The Eriskay Pony has a remarkable history. Please tell us a bit about that.

The breed’s origins can be traced through written sources, stone carvings and other ancient depictions. The ancestors of the Eriskay Pony were the undomesticated equine that roamed the forests and hills of Scotland before the coming of humans. When we look on them, we can see the last living reference to the kind of mount which was used by the Picts at the Battle of Nechtansmere (685AD) and the little grey palfrey ridden by King Robert the Bruce at the Battle of Bannockburn (1314AD).

The native Scottish ponies were incalculably numerous throughout Scotland in the 18th and 19th centuries, particularly in the Highlands and Islands where they played an important role in the lives and economy of the people. The Highland Clearances and other factors took their toll on these native ponies. Many were taken from the region and many more were crossbred with larger breeds, giving today’s Highland Pony.

That the Eriskay Pony breed survives today, even if critically endangered, is a miracle. To highlight how close the pony came to extinction, the last known pure stallion on Eriskay died in 1971, a year prior to the foundation of Comann Each nan Eilean.
There were several reasons for the breed’s decline. With the increasing abandonment of traditional crofting methods and the coming of mechanisation, fewer households keep them. Then the introduction of the car ferry and eventually the causeway in 2002 further eroded the necessity to keep a pony.

The Eriskay Pony has an excellent temperament, and is strong and sturdy, being ideally suited to the harsh environment of its native heath, the Outer Hebrides of Scotland.  Their coarse winter coat gives way to a lighter coat during the summer months. 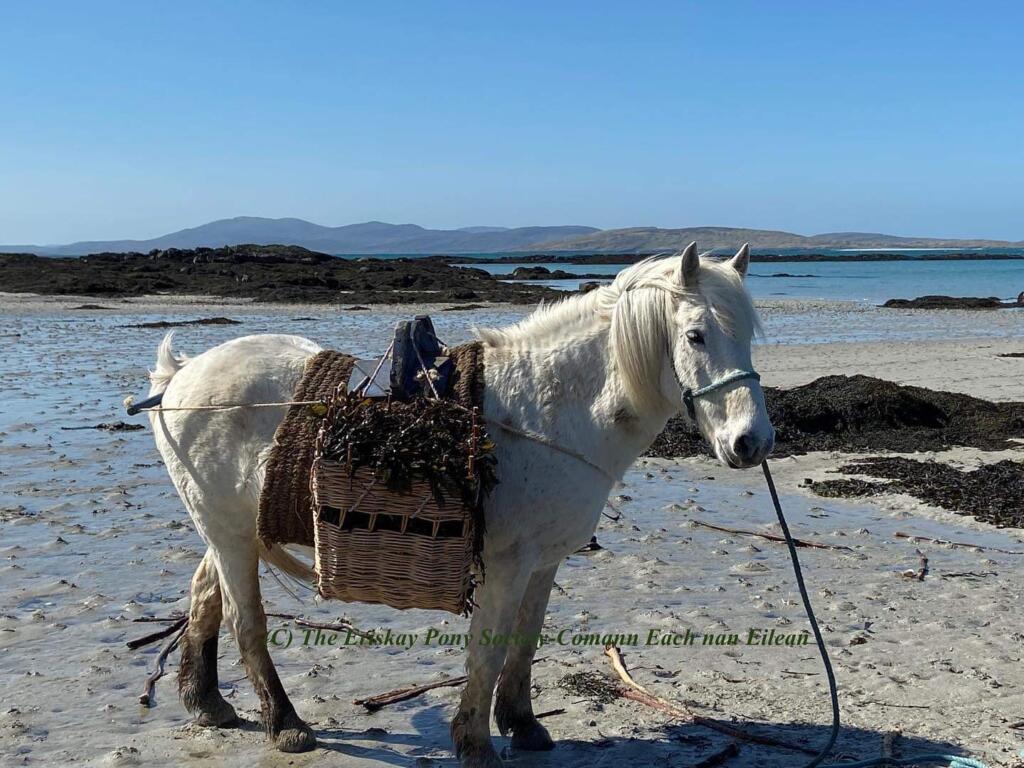 We’re really chuffed that you use .scot for such important work. Why did you choose .scot for your website?

When creating a website to showcase our breed society and to mark this uniquely Scottish icon, we were delighted to choose a .scot domain name. Our website address, www.eriskaypony.scot, reflects the society’s roots in the Outer Hebrides and the breed’s contribution to Scotland’s natural heritage. It’s such a useful stamp to have.